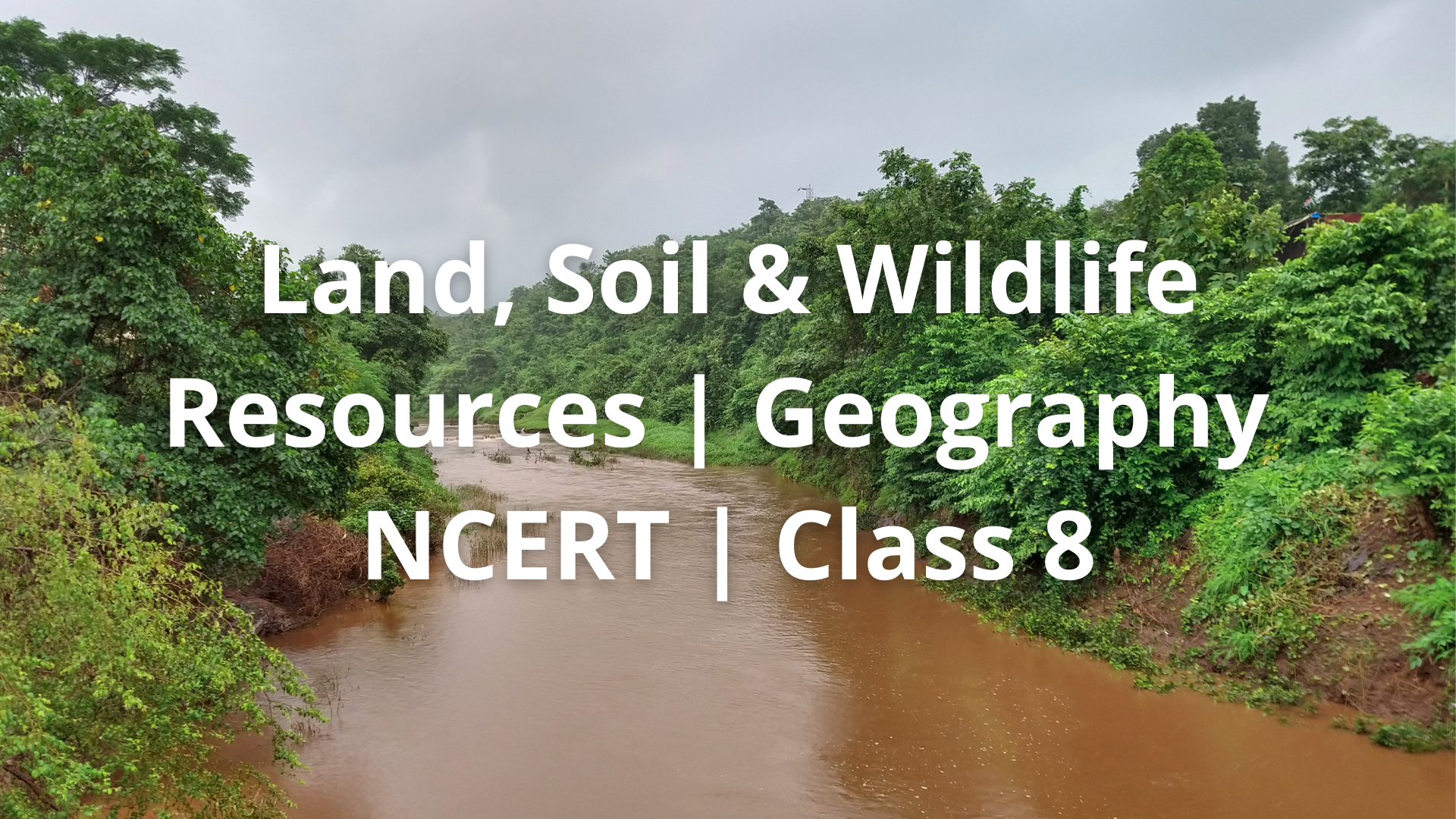 The blog presents the important summary notes from the Chapter 2, Geography , NCERT of Class 8. This can be used for school studies as well as for Competitive entrance exams and Olympiads.

25. Water is a vital renewable natural resource. Three- fourth’s of the earth’s surface is covered with water. It is therefore appropriately called the water planet.

26. The oceans cover two-thirds of the earth’s surface and support a rich variety of plant and animal life.

27. The ocean water is however saline and not fit for human consumption.

28. Fresh water accounts for only about 2.7 %. Nearly 70 % of this occurs as ice sheets and glaciers in Antarctica, Greenland and
mountain regions.

29. Only 1 % of freshwater is available and fit for human use. It is found as ground water, as surface water in rivers and lakes and as water vapour in the atmosphere.

30. The total volume of water remains constant. Its abundance only seems to vary because, it is in constant motion, cycling through the oceans, the air, the land and back again, through the processes of evaporation, precipitation and run-off, referred to as the water cycle.

31. Water is used for :
– for agriculture
– industries
– generating electricity through dams
– other usages

34. Water pollution can be controlled by treating these effluents suitably before releasing them in water bodies.

35. Conservation of water :
– Forest and other vegetation cover slow the surface runoff and replenish underground water.
– Water harvesting is another method to save surface runoff.
– The canals used for irrigating field should be properly lined to minimise losses by water seepage.
– Sprinklers effectively irrigate the area by checking water losses through seepage and evaporation.
– In dry regions with high rates of evaporation, drip or trickle irrigation is very useful.

36. Biosphere: Natural vegetation and wildlife exist only in the narrow zone of contact between the lithosphere, hydrosphere and atmosphere that we call biosphere.

37. Ecosystem: In the biosphere living beings are inter-related and interdependent on each other for survival. This life supporting system is known as the ecosystem.

38. Vegetation and wildlife are valuable resources.

39. Plants provide us with :
• timber
• give shelter to animals
• produce oxygen we breathe,
• protects soils so essential for growing crops
• act as shelter belts
• help in storage of underground water,
• give us fruits, nuts, latex, turpentine oil, gum, medicinal plants and paper.

41. Wildlife provide us
• Milk, meat, hides and wool
• Insects like bees provide us honey, help in pollination of flowers and have an important role to play as decomposers in the ecosystem.
• The birds feed on insects and act as decomposers as well. Vulture due to its ability to feed on dead livestock is a scavenger and considered a vital cleanser of the environment.

42. The growth of vegetation depends primarily on temperature and moisture.

44. In areas of heavy rainfall, huge trees may thrive.

45. Short stunted trees and grasses grow in the regions of moderate rainfall forming the grasslands of the world.

47. In dry areas plants have deep roots and leaves with thorny and waxy surface reduce loss of moisture through transpiration.

49. Changes of climate and human interferences can cause the loss of natural habitats for the plants and animals.

50. Deforestation, soil erosion, constructional activities, forest fires, tsunami and landslides are some of the human and natural factors which accelerate the process of extinction of natural vegetation and wildlife.

51. The animals are poached for collection and illegal trade of hides, skins, nails, teeth, horns as well as feathers.

52. National parks, wildlife sanctuaries, biosphere reserves are made to protect our natural vegetation and wildlife.

53. National Park: It is a natural area designated to protect the ecological integrity of one or more ecosystems for the present and the future generations.

54. Biosphere reserves : It is a series of protected areas linked through a global network, intended to demonstrate the relationship between conservation and development.

56. CITES (the Convention on International Trade in Endangered Species of Wild Fauna and Flora) is an international agreement between
governments.
It aims to ensure that international trade in specimens of wild animals and plants does not threaten their survival.