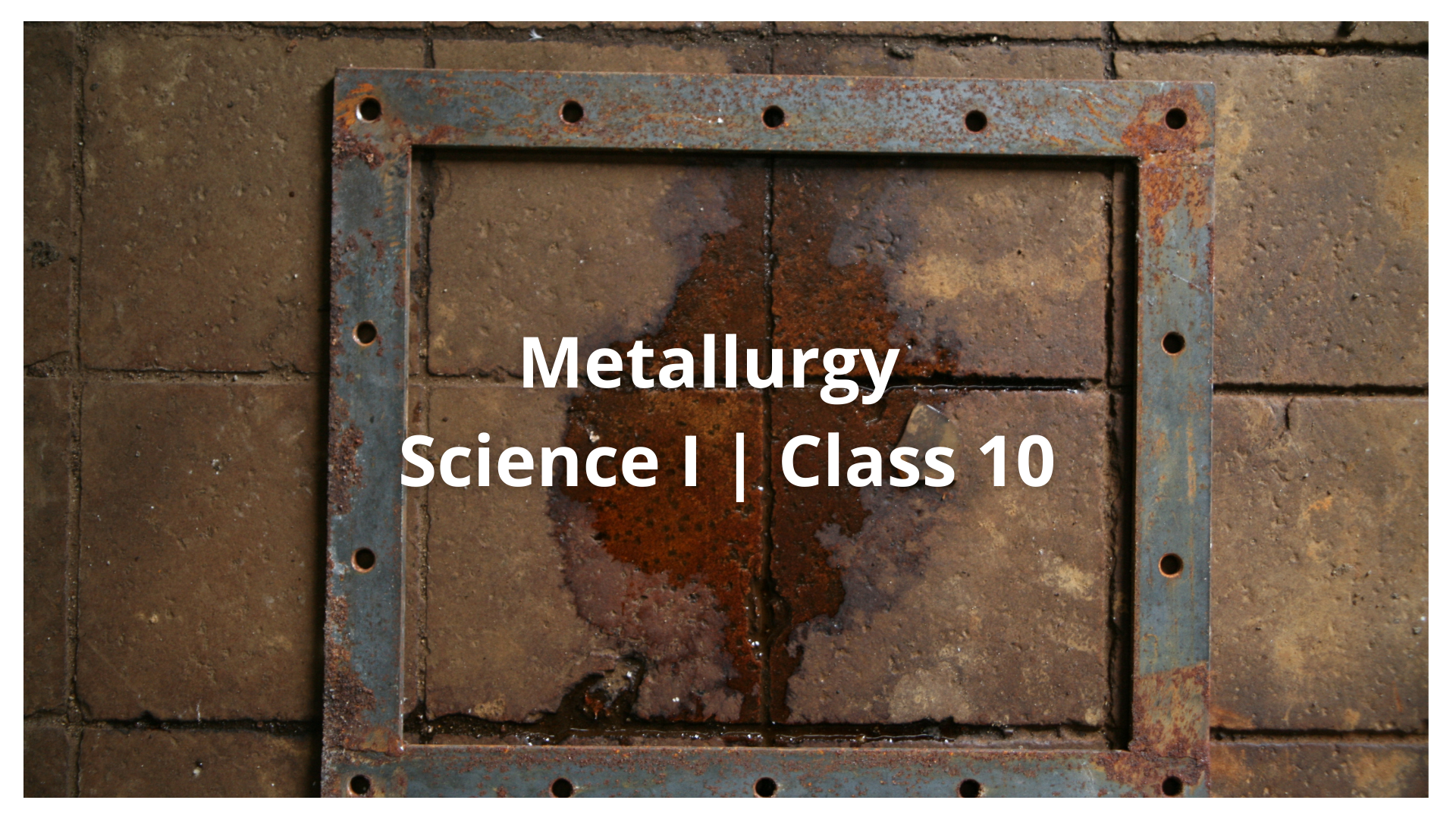 The blog presents the short Questions and Answers of the Chapter 1, Metallurgy, from Science Part I of Class 10 from Maharashtra State Board. These can be very useful for students preparing for SSC Board exams as well as competitive exams, as it includes the objective type basic concepts & fundamentals.

Q1. How are elements classified ?

Ans. Elements were classified in accordance with their chemical and physical properties into the types metals, nonmetals and metalloids.

Q2. What are the features of metals ?

Ans. The following are the features of metals :
(a) Metals exist mainly in solid state, however mercury and gallium are exceptions.
(b) Metals possess luster.
(c) Metals have the properties namely, ductility and malleability.
(d) Metals are good conductors of heat and electricity.
(e) Generally, all metals are hard, however lithium, sodium and potassium are exceptions.
(f) Metals generally have high melting and boiling points, however the exceptions are sodium, potassium, mercury, gallium.
(g) Metals are sonorous i.e. a sound is produced when certain metals are struck. This property is called sonority.

Q3. How do metals lose the metallic lusture ?

Ans. The metallic luster goes on decreasing due to exposure to atmospheric oxygen and moisture and also in presence of some reactive gases.

Q4. What are physical properties of non-metals ?

Q5. Why are metals known as electropositive elements ?

Q7. Write the reactions of Metals with oxygen?

Q8. Why Sodium is stored in kerosene ?

Ans. Sodium and potassium are very reactive metals. On exposure to air sodium readily catches fire. Therefore, to prevent accident in the laboratory or elsewhere it is kept in kerosene.

Q9. How do metals react with water ?

(b) On the other hand, calcium reacts with water slowly and less vigorously. The hydrogen gas released in this reaction collects on the surface of the metal in the form of bubbles and the metal floats on
water.
2 Ca(s) + 2 H2 O (l) −−→ 2 Ca(OH)2 (aq) + H2(g)

Q10. How do metals react with acids ?

Ans. When samples of aluminium, magnesium, iron or zinc are treated with dilute sulphuric or hydrochloric acid, sulphate or chloride salts of metals are formed. Hydrogen gas is liberated in this reaction. The reactivity of these metals can be indicated by the following sequence.
Mg > Al > Zn > Fe

Q11. How do metals react with nitric acid ?

Ans. Nitrate salts of metals are formed on reaction of metals with nitric acid. Various oxides of nitrogen (N2O, NO, NO2 ) are also formed in accordance with the concentration of nitric acid.

Ans. Aqua regia is a highly corrosive and fuming liquid. It is one of the few reagents which can dissolve the noble metals like gold and platinum.
Aqua regia is freshly prepared by mixing concentrated hydrochloric acid and concentrated nitric acid in the ratio 3:1.

Q13. What is reactivity series of metals ?

Q14. How do metals react with non-metals ?

Ans. During reactions of metals, cations are formed by oxidation of metals.
The ionic compound sodium chloride is formed as sodium metal gives away one electron while the nonmetal chlorine takes up one electron.