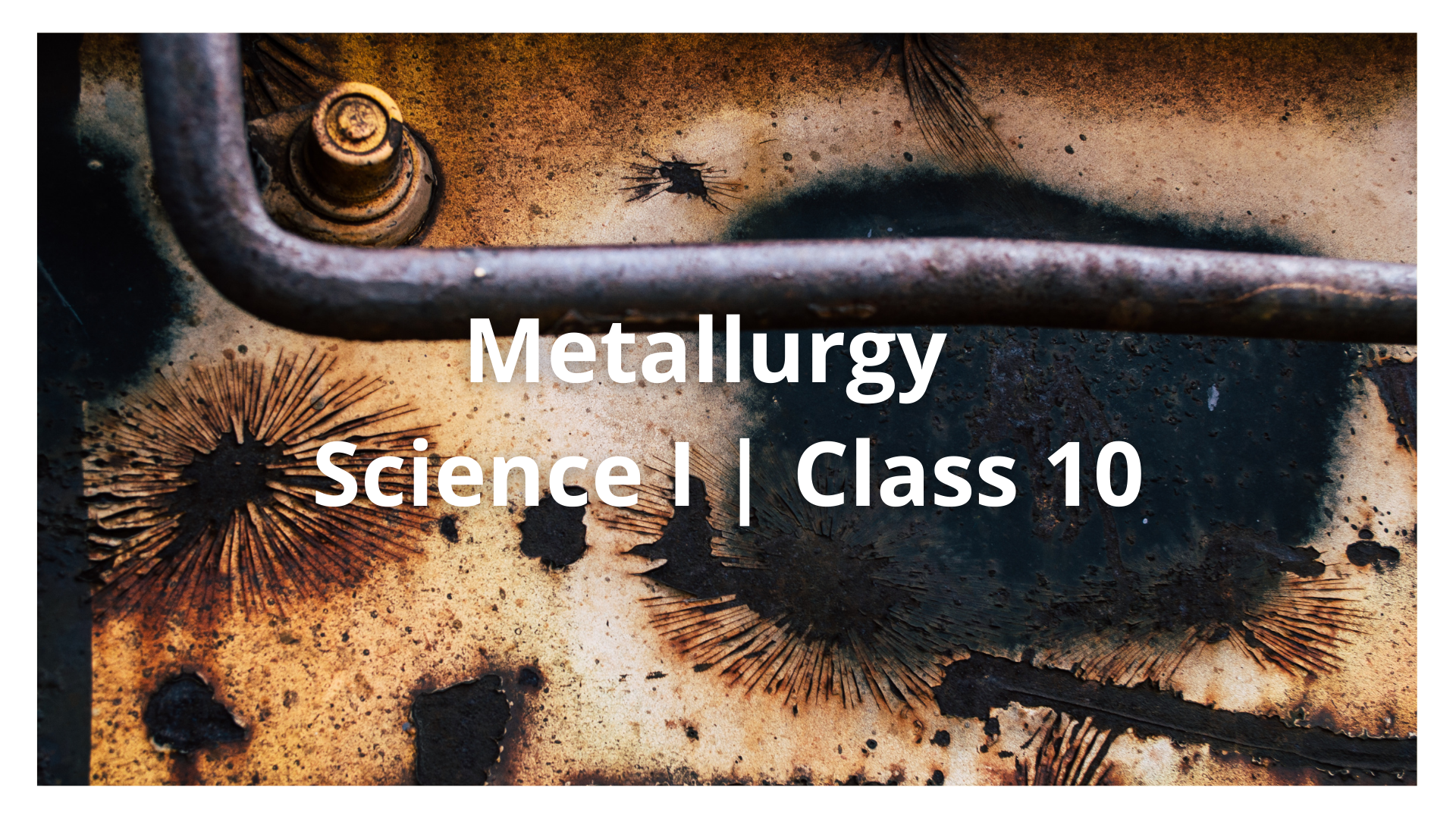 The blog presents the short Questions and Answers of the Chapter 1, Metallurgy, from Science Part I of Class 10 from Maharashtra State Board. These can be very useful for students preparing for SSC Board exams as well as competitive exams, as it includes the objective type basic concepts & fundamentals.

Q16. Write the reactions of non-metals with oxygen ?

Ans. The reaction of nonmetals with oxygen proceeds as follows:
(a) Generally, nonmetals combine with oxygen to form acidic oxides.

(b) In some cases, neutral oxides are formed.
Partial Combustion

Q17. Write the reaction of non-metals with water ?

Ans. Generally, nonmetals do not react with water, except the halogens.
For example, chlorine on dissolving in water gives the following reaction.

Q18. Write the reaction of non-metals with dilute acids ?

Ans. Generally, nonmetals do not react with dilute acids, halogens are exception to this. For example, chlorine reacts with dilute hydrobromic acid by the following reaction.

Q19. Write the reaction of non-metals with hydrogen ?

Ans. Nonmetals react with hydrogen under certain condition (such as proper temperature, pressure, use of catalyst, etc.)

Q20. What are ionic compounds ?

Q22. Why the ionic compound is electrically neutral ?

Ans. The number of cations and anions in a compound and the magnitude of the electric charge on them is such that the positive and negative charges balance each other. As a result, an ionic compound is electrically neutral.

Q23. What are the two important factors responsible for a certain crystal structure ?

Ans. The two of the important factors responsible for a certain crystal structure are :
(a) Size of the positively and negatively charged ions.
(b) Magnitude of the electrical charge on the ions.

Q24. Why is the melting points of ionic compounds high ?

Ans. The electrostatic attraction in the neighbouring ions with opposite charges is very strong. Hence, the melting points of ionic compounds are high.

Q26. Ionic compounds are soluble in water whereas insoluble in solvents like kerosene, Why ?

Ans. Ionic compounds are soluble in water whereas insoluble in solvents like kerosene because:
(i) The water molecules orient in a particular manner around the ions separated by dissociation process.
(ii) As a result of this a new force of attraction is established between the ion and the surrounding water molecules,
replacing the original intermolecular attraction; and aqueous solutions of ionic compounds are formed.
(iii) Ionic compounds are however, insoluble in solvents like kerosene, because unlike water a new attractive force can not be established in these solvents.

Ans. Because to the electrical conductivity of ionic compounds in fused and dissolved state the compounds are called electrolytes.

Ans. The science and technology regarding the extraction of metals from ores and their purification for the use is called metallurgy.

Ans. The compounds of metals that occur in nature along with the impurities are called minerals.